Working together with caregivers to eliminate pressure ulcers remains an ongoing work carried out on several levels. One way of working towards this vision is to promote the general health of bedridden patients, by positioning with pillows in a lying position. This is done in order to strengthen the body's ability to prevent the development of, and/or recover from a pressure ulcer. 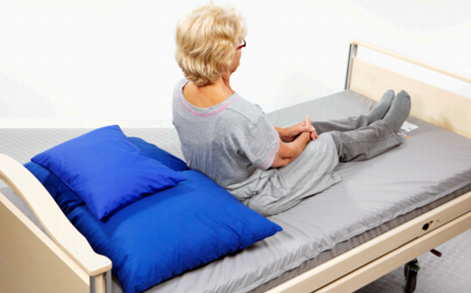 Example: For breathing problems and general expansion of the lungs. Place the Curera Rectangular Pillows next to one another, behind the back, in combination with a pillow under the head. 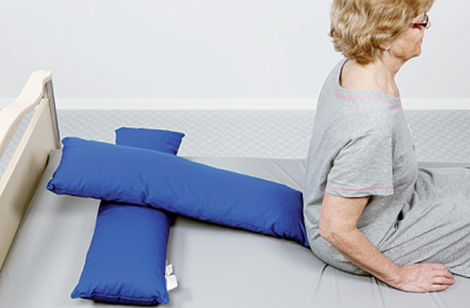 Example: General expansion of the lungs in connection with breathing problems.

Place rectangular pillows in the shape of a T. 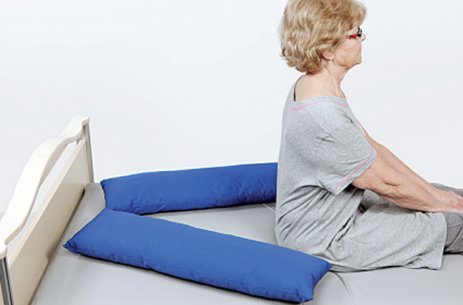 Example: To expand the upper part of the lungs in connection with breathing problems. Support for parts of the shoulder blades and spine.

Place rectangular pillows in the shape of an A. 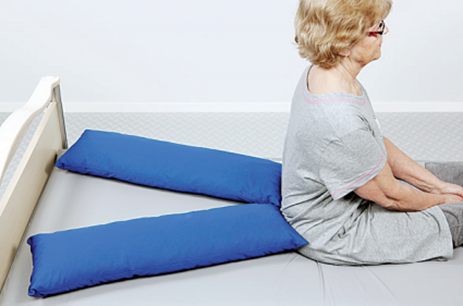 Example: To expand the lower part of the lungs in connection with breathing problems.

Place rectangular pillows in the shape of a V.