Refresh your skill set this fall 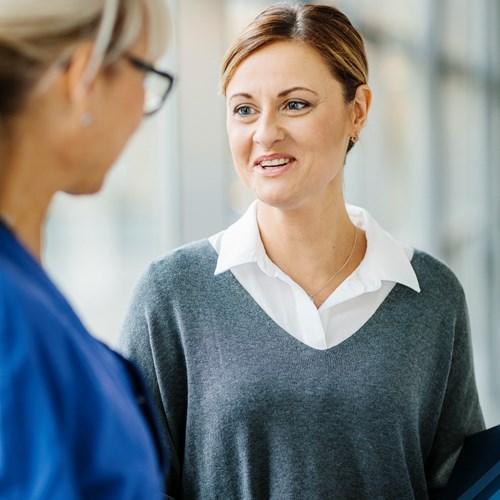 – Knowledge is extremely important. That's why education is needed, says Anne Lindeborg, nurse and education nurse at Care of Sweden.

Although almost all pressure ulcers can be prevented, the danger of pressure ulcers is still great. According to measurments carried out in 2018 by the Swedish Municipalities and County Councils (SKL), more than 12 % of all patients in the county councils had one or several pressure ulcers at the time of the measurement. The survey also showed that just over 9 % of these pressure ulcers were aquired in the hospital, i.e., healthcare-related.

– Given how good resources we have in Sweden, we should be better at preventing pressure ulcers, but the level of knowledge is often way too low, says Anne Lindeborg.

Profession-oriented education
In order to adress the problem to some extent, Care of Sweden has developed an action plan.

– Because the work of nurses, physiotherapists and occupational therapist's differ, the content of the action plan has been produced with these different professions in mind, says Anne.

Care of Sweden's Action Plan for Pressure Ulcers is based on guidelines from the European Pressure Ulcer Advisory Panel (EPUAP) and adresses, among other things, risk factors, preventative measures, categories and causes. Nutrition, position changes and general treatment methods are also included.
Knowing risk factors and how to prevent pressure ulcers can prevent many wounds. And it isn't just the elderly who are affected, but patients in the entire care chain.

– Many people do not know that redness of the skin is classified as a pressure ulcer, and therefore preventive measures are often put in too late, says Anne.

Mattresses are aids
– But no mattress in the world both prevents and treats pressure ulcers unless I, as a staff member, perform the nursing. Our mattresses should be seen as an aid, both in preventing pressure ulcers as well as for treatment. Unfortunately, there is an overbelief in that if there is an air-chaning mattress in place, it alone will do the job.

For this reason, Anne is careful to point out that traditional nursing work must continue.

– It's all about painting the whole picture, the environment around the patient is of utmost importance, says Anne Lindeborg.