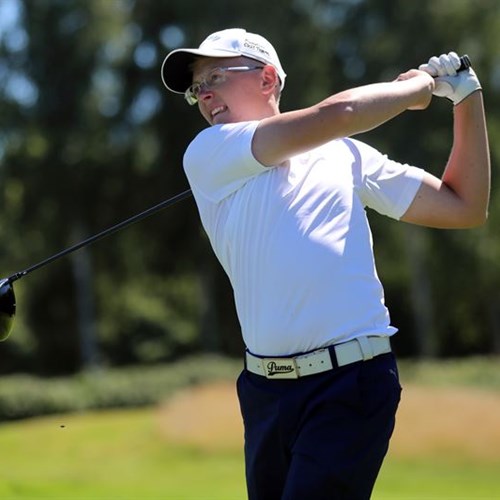 Seven years ago, Rasmus Lia was in a serious skiing accident where he severly hurt his hip and back. After a long period of rehabilitation, he found a new passion for handigolf. Among other achievemnts, Rasmus has won the final of the Handigolf Tour and has also been accepted into one of Sweden's golfing high schools.

Since the accident, Rasmus's back injuries has caused him difficulties in lying on surfaces that are too firm. This causes issues mainly while travelling. Rasmus estimates that he travels about 10-15 times during a regular summer and that a regular trip consists of one or two overnight stays.

– I am in constant pain during the nights and travelling both domestically in Sweden as well as abroad, doesn't help. I can never count on getting a comfortable night of sleep.

Ever since Rasmus started travelling with his own pressure redistributing top mattress of the model CuroCell S.A.M., he has started to notice a lot of positive changes.

– I sleep a lot better on the air mattress compared to regular mattresses. Even though the beds at hotels and hostels are soft, they often cheapen out on quality top mattresses. Considering this, it's definitely great to be able to bring your own mattress.

Bringing the mattress CuroCell S.A.M. on trips has resulted in several more good night's of sleep for Rasmus.

– It's really easy to bring along. It fits neatly in the car, so I bring it just about everywhere. It's reassuring to know that the mattress is there for all kinds of trips, says Rasmus.